You think you're ready to travel to India? Make sure you read this post! Get your finest outfit and bring your brightest smile to India. Or a Burka. You might need it...

When I traveled to India on my own earlier this year, I was prepared for it. At least I thought I was. After doing research on the Internet I had learned the golden rules. The "Do's & Don'ts" about India. Things I should remember so I wouldn't make a complete fool out of myself. I even made myself a list which I’d very much like to share with you, so here it goes:

And then, of course I watched Slumdog Millionaire on the plane. I was assuming I knew everything about Indian culture. Holy cow... I did not. The culture shock hit me right after I touched down in New Dehli. There was clearly something new that nobody had told me about. 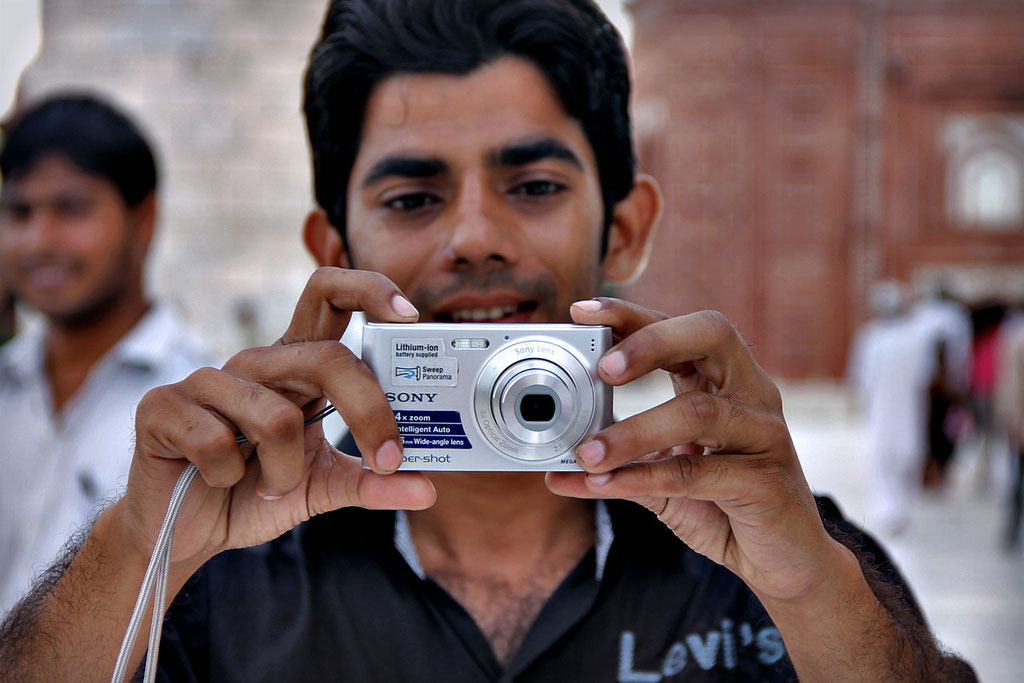 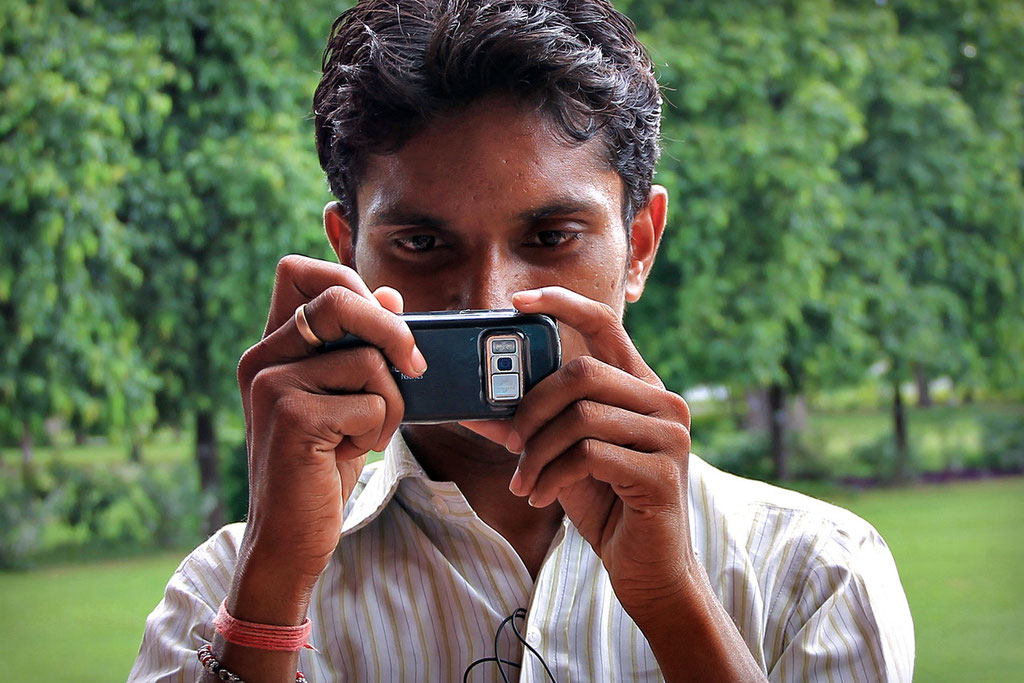 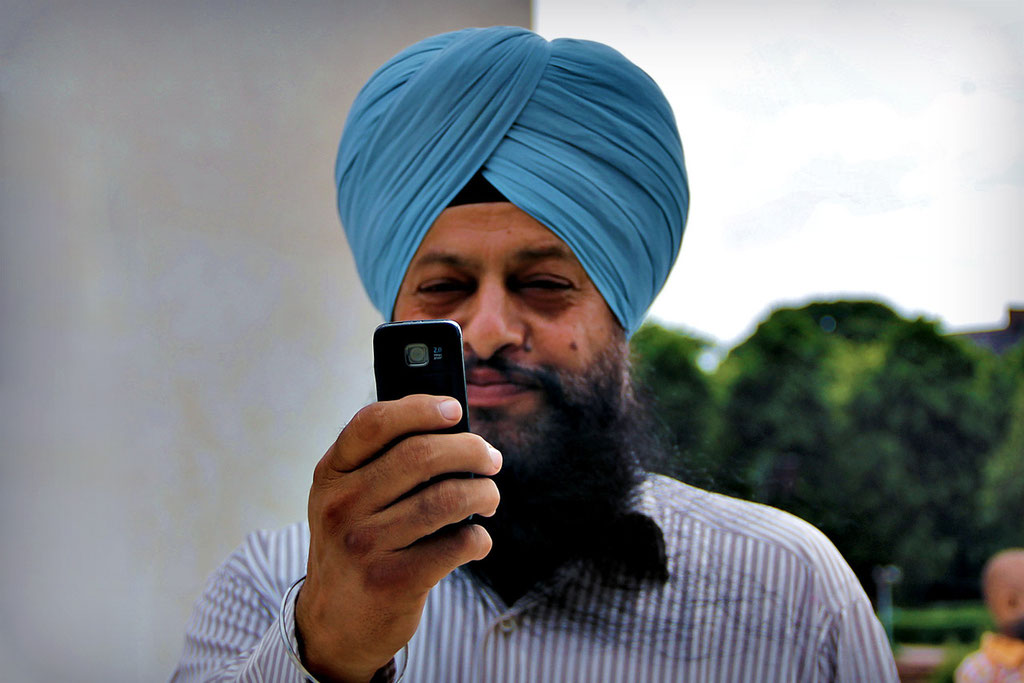 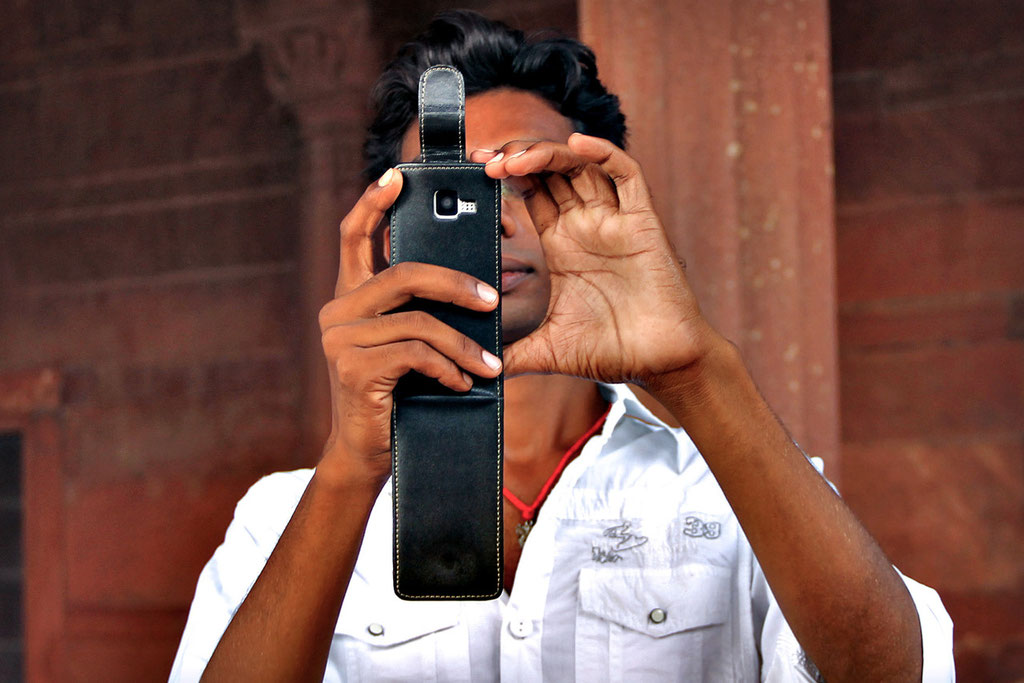 DO NOT GO TO INDIA IF YOU CAN'T HANDLE ATTENTION!


PREPARE TO BE PHOTOGRAPHED. A LOT!


IF YOU WANT TO FEEL LIKE A SUPERSTAR, INDIA IS FOR YOU!


You've probably already noticed that when people travel to India, many of them come back with amazing photos. Loads of great portraits of locals. In fact, in no other country is it so easy to get such fantastic shots of the local population that surrounds you. And the best thing about it? They’ll never ask you for money. Most Indian people love being photographed, but if they can take a photo of you in return, they love you even more. And if you happen to be blonde or fair skinned and willing to pose for them in a group picture, you’ll be sure to make their day.

This post is not about traveling in India. It's about me getting photographed in India. Hang on, it's clearly not a photo series of me, modeling India. I’m not that self-centered! At least not right now. This post is a collection of Indian people taking photos of me during my visits to the Red Fort in Delhi and the Taj Mahal in Agra.

Just imagine you're strolling around the beautiful Taj Mahal on a wonderfully sunny day. You're trying to absorb the magic of the place, but somehow it's impossible because every second person who passes your way asks if he can take a photo of you. No joke. It was exactly like this. I sat down on a bench, exhausted from walking around in the heat. During the 15 minutes I sat there, at least 10 guys had approached me and taken my photo. So I started to photograph them back. At the exact second they hit the shutter, I took photos of these men taking photos of me. And just for the record, they asked first! In two days I collected more than 250 shots of Indian guys taking photographs of me. Insane. 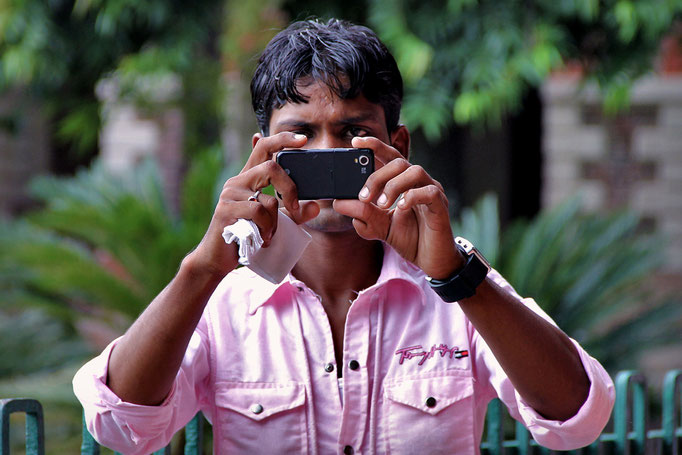 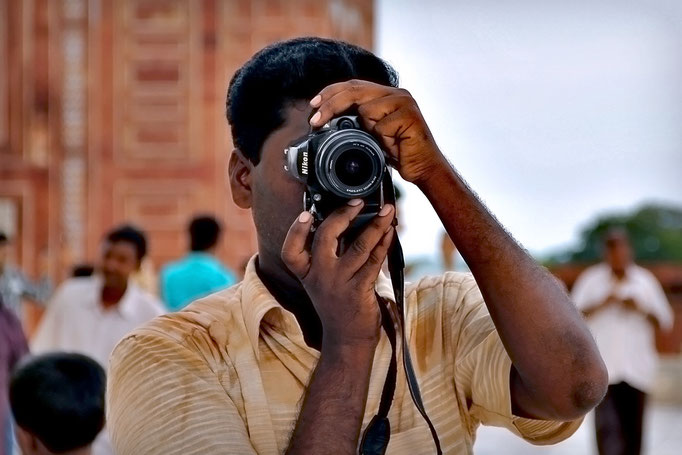 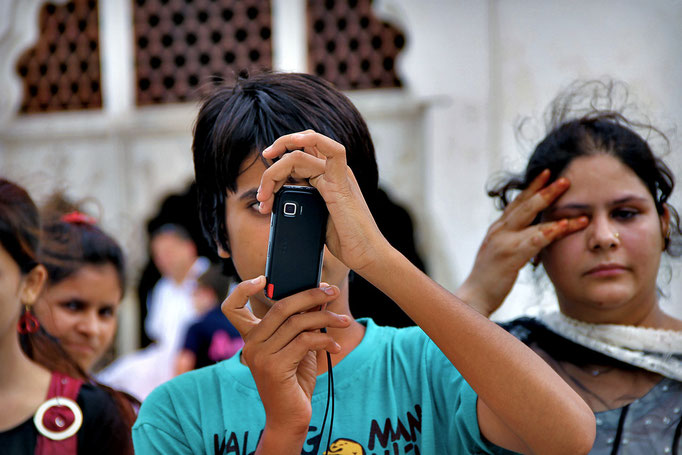 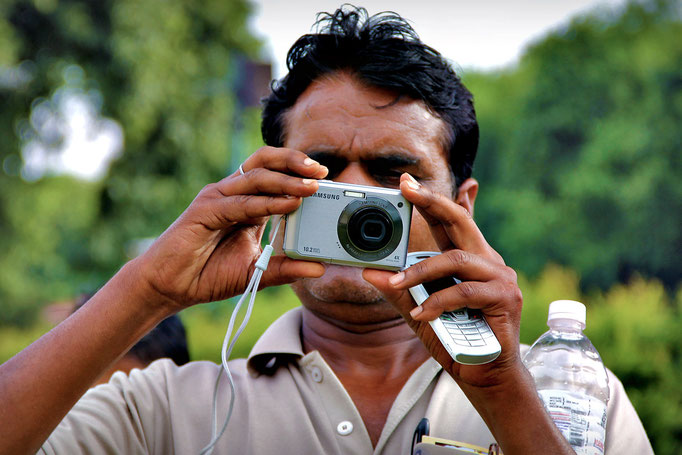 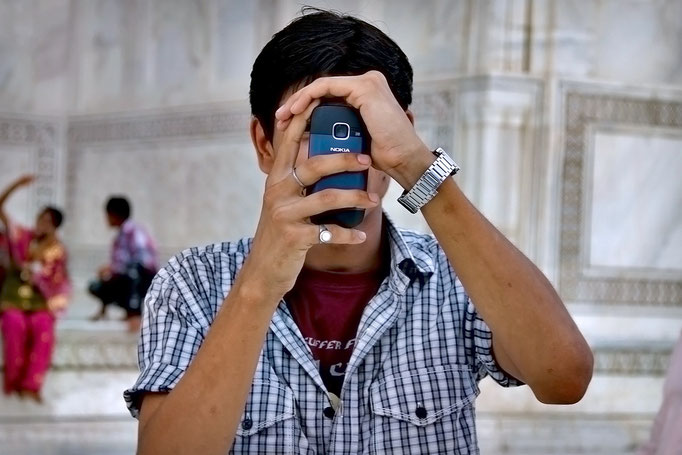 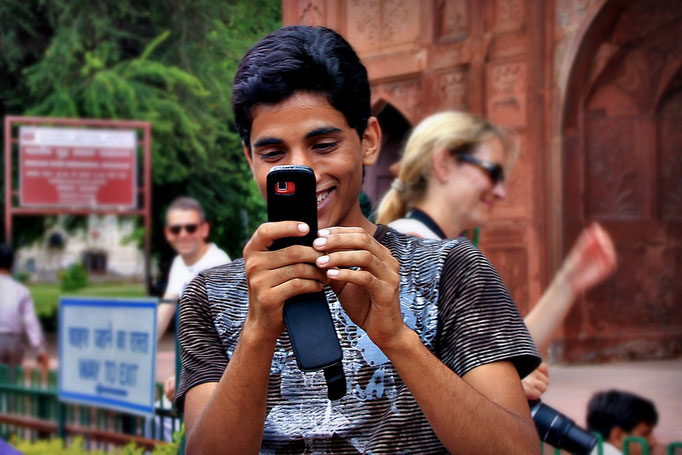 In the beginning it was fun; I was flattered. For a short time. But then I noticed that the same guy I posed for a photo with two minutes ago had also asked an old, fat white lady behind me to pose too. I'm not 18 anymore, but still. That hurts.

After being photographed 743 times I got very grumpy and started yelling at them. I felt like an alien. One thing I discovered about myself while I was in India: I can have a temper. I met the aggressive side of myself. Not exactly the thing I was looking forward to discovering about myself. That's the thing about India, you definitely learn something new about yourself, even if it's not always exciting news.

After a few days in India, I realized I couldn't take the attention anymore. People were checking me out from top to bottom. People pulled out their phones to take photos of me too often. I was overwhelmed. And I was exhausted. And yeah, eventually I was glad I never became famous. Getting too much attention is a bitch.

In Hyderabad I was at my lowest point. I was so annoyed that I started to wear a burka. Well, I didn't buy a traditional burka. Like most travelers, I'm stingy. So I was looking for a cheap alternative. I made a burka myself.  [Side note: I have a thing for scarves, so you will find at least five scarves in my backpack. OK, I'm lying. More like ten scarves. Maybe twenty.]


Anyway... My new masquerade was hilarious: Instead of looking like a Muslim, I looked like a ninja. I covered my head with one scarf, hung another over my head and used a third to cover my mouth. To top it all off, I wore some hipster sun glasses. I couldn't have looked more like a douchey tourist. But it kinda worked in terms of attracting less attention. I posted a photo of my ninja self on Facebook. Click here. Don't laugh. 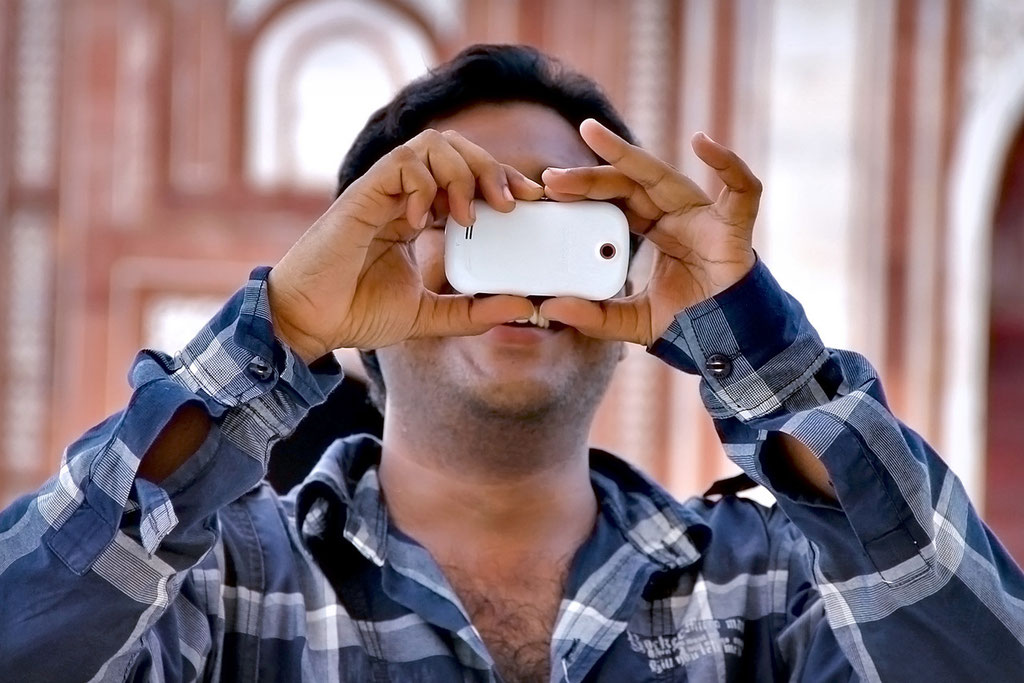 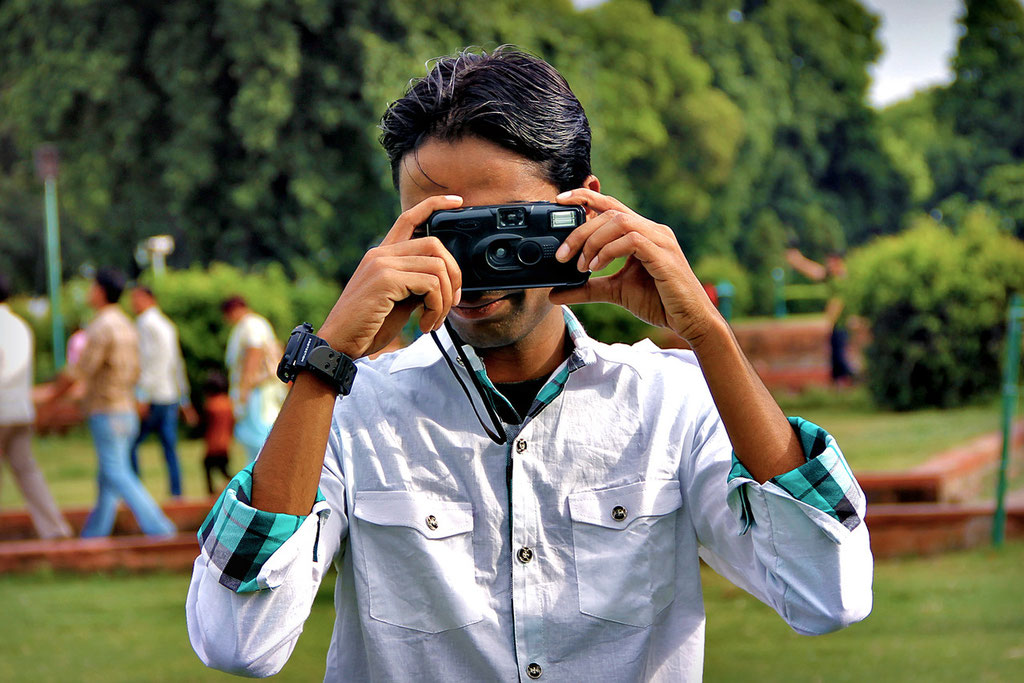 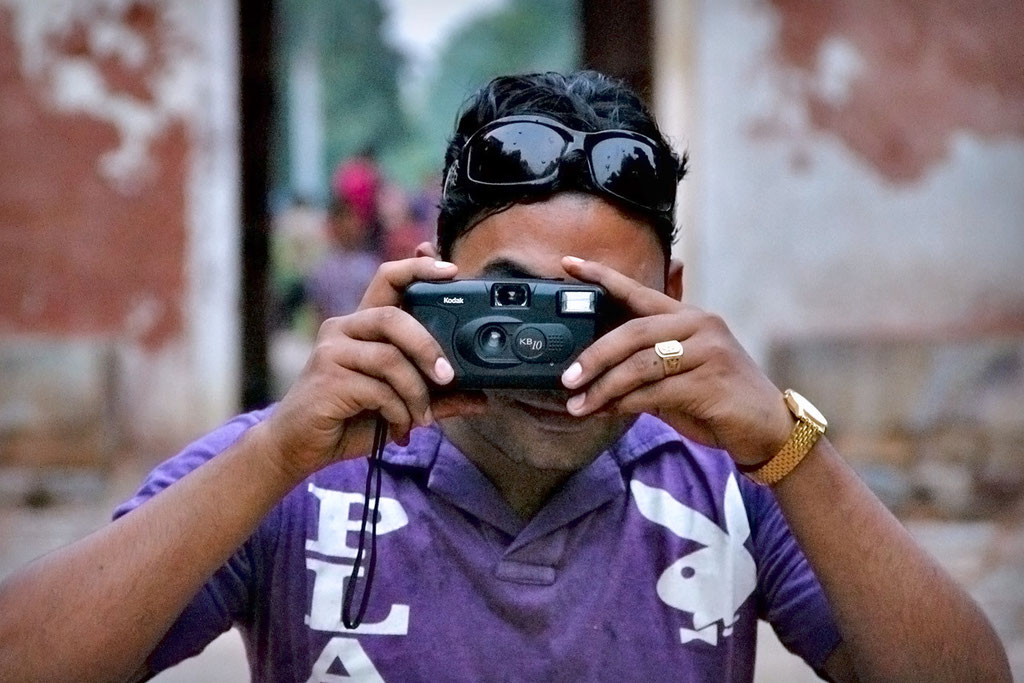 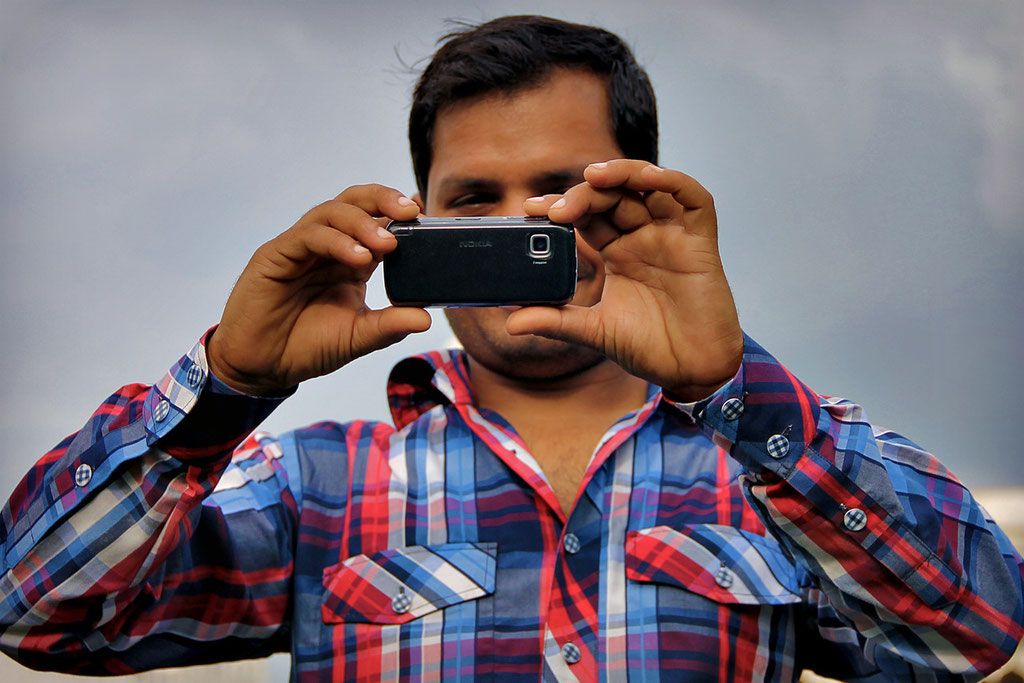 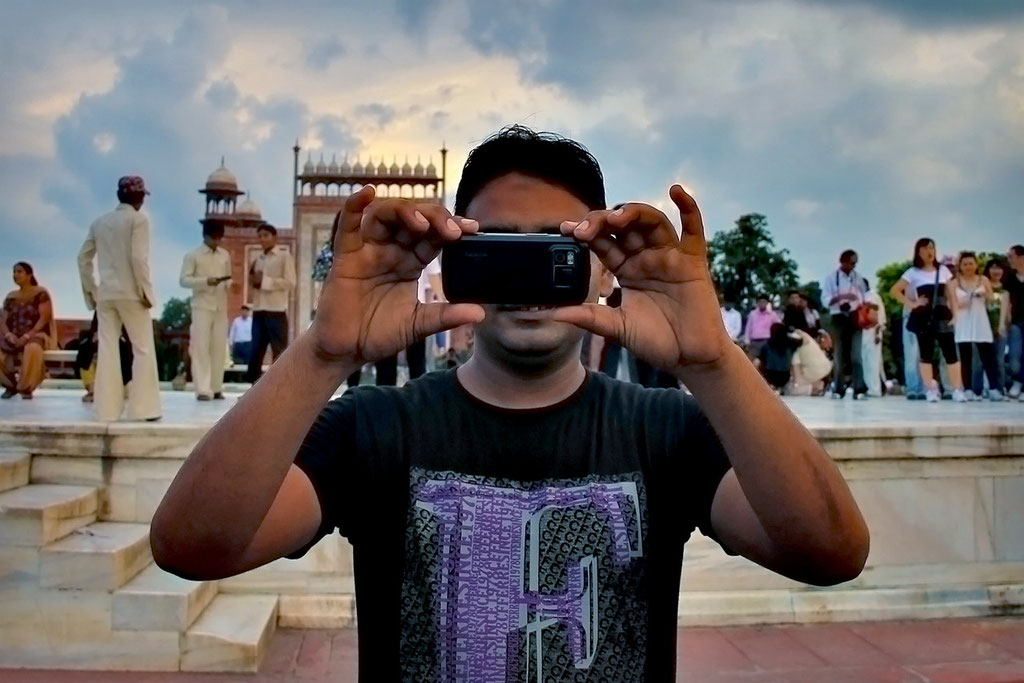 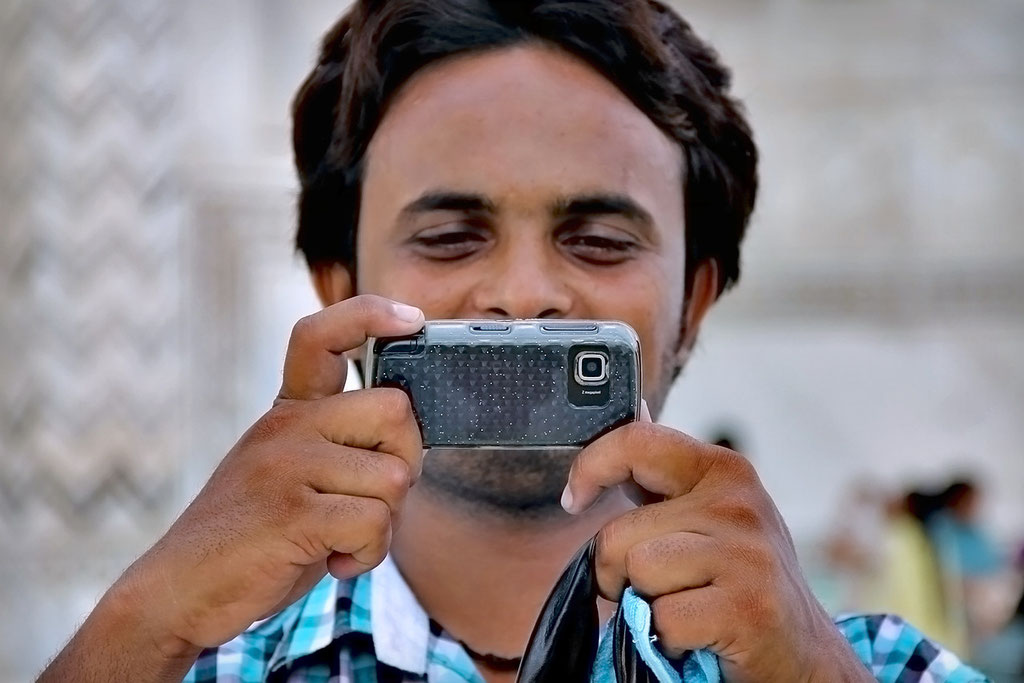 WHAT WILL HAPPEN TO ALL THOSE PHOTOS OF ME?


Dear God, please don't let my photo show up in some ad for an Indian Dating Website.

Sometimes I wonder where all those photos end up. My face is probably starring in dozens of profile photos on Facebook by now... Showing me, standing next to an Indian guy with a caption saying something like: "My fiancee from overseas. Waiting for her to come back." Ugh.

Actually that's not even the worst case scenario. I did some research and the results were shocking. Some travelers have found their photos on Indian match making and dating websites. Or even more hilarious: just imagine you stumble into a photo of yourself in an ad for Viagra. As long as I'm not advertising sanitary napkins, I'm quite OK. [Note to yourself: Don't be dressed like a gypsy, you'd better look business-like if you wanna end up in serious advertising.]

WHAT I FINALLY LEARNED ABOUT INDIA


Avoid tourist traps. And big cities. Everything else around can be pretty amazing.

After all my ranting about India, PLEASE don't cross this country from your must-see list! I've been to India twice and I'm even thinking of going again, so it wasn't that bad. Honestly, I'm convinced that everybody should go to India at least once in their life. You will learn something about yourself. You will appreciate things that you didn't pay attention to before.

One of my favorite quotes says "Sometimes you have to lose yourself to find yourself."

That's pretty much what will happen to most of us who visit this magical country. It's a challenge worth accepting.

PS: This blog post is for entertainment purposes. It should not be used as a travel guide for India. I'll write more about India soon - all the things I loved about this country (and probably also a few things I didn't.)

PS2: If you need help in finding accommodation in India, check out Agoda, I highly recommend them!

My post made some waves.. This fellow blogger decided to give me some fantastic answers to my Do's and Don'ts list about India. Thanks to Krish for putting up this great article. Check it out here.