Amsterdam: A Week Of Unexpected, Delightful And Shocking Surprises

Two weeks ago I had the pleasure to visit Amsterdam...

...for the first time in my life actually. My trip was totally unplanned. If you're one of my faithful readers (or crazy stalkers) you probably know that I've been living in Istanbul for the past few months. The last weeks in Turkey became quite ... let's call it unstable. However, due to the recent events in Turkey, I was more than happy to escape spontaneously from the violent clashes in Istanbul.

So I said bye bye Turkey for now... And hello Holland... or Netherlands? What's the correct name by the way?

I never got that.

Amsterdam is a lovely cute little city with less than one million people. But more than 1 million bikes. Seriously, I have never seen so many bikes in my life. How many bikes does one person need? I wonder if they have bike traffic jams? For sure, they do.

Of course my host in Amsterdam had a whole bike shop in her garage and lent me a bike for the week. I had not ridden a bike for quite some time but it was actually the perfect way to see the city. Thank God I didn't hit anyone! By getting lost in the city, the first thing I noticed were the museums. So many museums...

Measured by its size, Amsterdam has the highest number of museums of all cities in the world.

There is the Rijksmuseum, the Stedelijk Museum, the Vincent Van Gogh Museum, the Anne Frank House... I saw them all from the outside. OK, I have to confess, I don't like museums too much. Unless it's a beer museum. Wait, I'm sure Amsterdam has even one of those, too.

There are more than 250 coffee shops in Amsterdam. Even if you're high as a kite, you can't miss them. They're everywhere.

Before I arrived in Amsterdam, I heard some rumors that there are coffee shops everywhere. And by coffee shops, I don't mean the ones where you can order a Caramel Frappuccino*. Do I sound like an idiot right now? It's the language barrier... Alright, I'm talking about weed. Eventually, when I was standing in the center of Amsterdam, smelling weed everywhere (nice change after smelling the tear gas in Istanbul) I realized that weed is legal in this country. Wow.

That was definitely an awkward moment.

Let's get to the point; did I smoke any weed in Amsterdam? No. Why? Because... I don't know, maybe I'm boring. It was just not as exciting anymore as when I was a teenager. Oh gosh, now I really sound boring.
Anyway, there is still one question: Why are these "weed shops" called coffee shops? However, I neither got my Caramel Frappuccino* in there nor got baked.


(* Dutch people love their coffee, asking for a Starbucks might insult them!!)

The other day I got lost and found myself yet again in the red light district. What a surprise. After living almost a year in a Muslim country I was quite shocked... OK, now I'm exaggerating. I was more like WTF. Like a surprised WTF. Everywhere brothels and countless sex shops with big windows.

In case you never heard of that: All houses in Holland have big windows! Now you know.

And if that's not enough, there is even more to see. Two words: Window Prostitution. Apparently, there are nearly 500 of these windows in Amsterdam and they all look like this: Ladies in skimpy dresses, looking bored, playing with their phones while waiting for their customers. Behind a window. A big window. Hm. It's a little bit weird. They like to show themselves but they didn't like me to take photos of them. I heard some people got their cameras thrown in the canal. So no photo for you here, sorry buddy.

A few days later I received an invitation from Amsterdam City Tours for a Unique Dinner Cruise. I gladly took it, because I love boat cruises. And I love to eat. What a great combination! When they mentioned drinks were unlimited, I was totally sold.

They welcomed me and my friend into their glass-domed boat with a glass of sparkling wine. The atmosphere was great, the tables were intimate. The cruise itself was picturesque, watching the world go by from the canals was simply magical. It was raining when we started the trip, but that made the whole experience even more romantic. Too bad I wasn't on a date. I'm pretty sure all the guests on the boat were couples who either celebrating their anniversary or proposing that night.

Amsterdam, the Venice of the North...

It was wonderful to see the historical city center with its enchanting canals, the countless illuminated vaulted bridges, the Skinny Bridge, Westerkerk, Anne Frank House... and all those beautiful old houses from the 17th century.

During the cruise of 2,5 hours we enjoyed a four course gourmet dinner, served by their cheerful staff.

So let's talk about the food.

We started with fresh panzanella, which was salad with herbs, capers and perfectly cooked chicken. Obviously I would have liked a lot more of that, it was very very tasty.

Right after they served a pepper soup in a cup. They called it 'Red Pepper Cappuccino'. I'm not used to drinking my soup from a glass, but in the end it was delightful.

The main course was a Fricassee with tender pieces of veal and stir fried vegetables. It was superb.

I was already full when the staff came back with Chocolate Truffle, paired with forest fruits and covered in rich vanilla creme. How could I resist? The dessert was insanely delicious.

After the dessert, they came again (!!) and served coffee and tea, which I had to refuse. I was simply too full to move from the table. The food was absolutely top class. 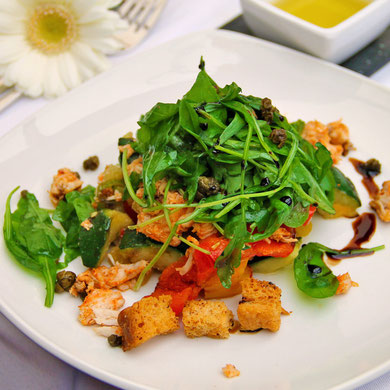 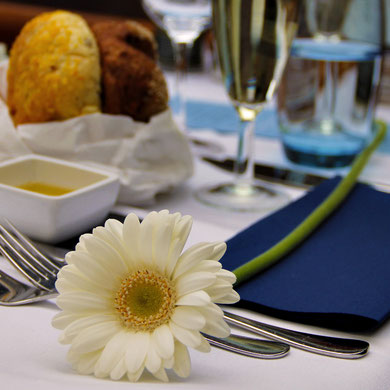 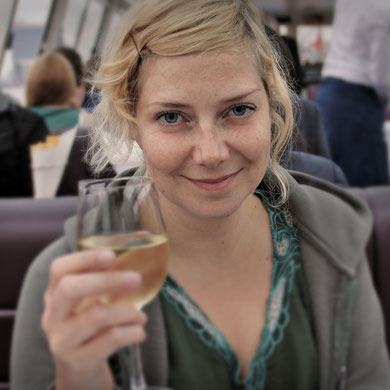 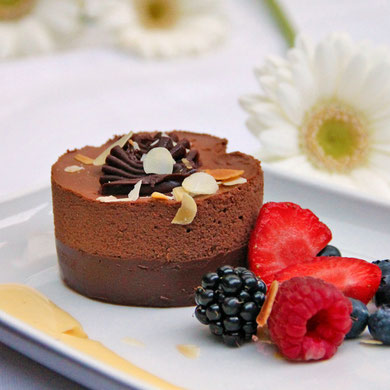 Floating down the canals, eating an excellent gourmet dinner and sipping on a glass of wine was without a doubt the highlight of my visit to Amsterdam. The crew was fabulous and the food was fantastic. It was such a unique dining experience. Thanks to Amsterdam City Tours for the Dinner Cruise, it was a perfect evening in Amsterdam!


(Please note that this is a Dinner Cruise, not a guided tour.)

What a wonderful week. Amsterdam was fun, a beautiful place with a lively atmosphere.


The city is truly a diverse and exciting destination to visit, combined with an amazing variety of food.

It was very easy to get around by bike or public transportation. The Dutch people are so lovely. Everybody speaks English. Did I mention that they're tall? I'm sure Dutch people are the tallest people on earth!

Holland I will come back! Dank u wel!

PS: You totally wanna go now to Amsterdam to see the red light district? Or anything else?

If you need help in finding accommodation, check out Agoda, I highly recommend them!

Have you been to the Netherlands? Tell me about your travel experiences!
Thank you for reading.

Thanks to Stephen Lioy of Monk Bought Lunch. Stephen is a fellow travel blogger I've met in Holland. He contributed some of his great photos to my blog post here. Obviously he had a better lense. Check out his blog!


Thanks to Amsterdam City Tours for the Dinner Cruise. The cruise was complimentary, all opinions are my own.